While Richard Pole basked in royal favour and Margaret bore his children, the Earl of Warwick’s doom was fast approaching. Since the failure of the Lambert Simnel uprising, Warwick had been immured in the Tower. This was not necessarily meant to have been a permanent state of affairs, for in 1488, he had been allowed to witness a document in Warwickshire–perhaps a sign that Henry VII was considering his release. The next pretender, however, would soon put an end to even these feeble hopes for Warwick.

Who precisely ‘Perkin Warbeck’ was remains controversial, but he was most likely born in Tournai, France, to Jehan de Werbecque and Nicaise Farou. Working as a silk merchant, in 1491 Warbeck eventually landed in Cork in Ireland, where he caught the eye of diehard Yorkists who saw in him a likely pretender. This time, the role to be played was that of Richard, Duke of York, who with his older brother Edward V had disappeared during Richard III’s reign. Warbeck was briefly supported by the French, but then moved onto the more promising ground of Burgundy, where Edward IV and Richard III’s sister, Margaret, was the dowager duchess. Maximilian, King of the Romans, who was married to Margaret’s stepdaughter, backed an invasion of England in 1495, which failed, but James IV, the king of Scotland, lent his own backing to the pretender, even going so far to marry him in 1496 to his relative Lady Katherine Gordon, the daughter of George, Earl of Huntley. After another failed attack in 1497, Warbeck went into sanctuary at Beaulieu Abbey, but surrendered in exchange for his life.

Having confessed his imposture and undergone the humiliation of being paraded around London, the captive Warbeck joined Henry VII’s court, where he was kept under close surveillance and separated from his wife (who stayed with the queen), but otherwise treated rather well for a man who had tried to unseat a ruling king. In June 1498, however, Warbeck escaped from Westminster Palace. Within a few days, he was recaptured and sent to the Tower.

Meanwhile, another plot was brewing: this one involving Robert Cleymond, a servant of the imprisoned Earl of Warwick who in February 1498 had met with a John Fynche, a London haberdasher who told Cleymond of a prophesy involving the restoration of the earl, and a Thomas Astwode, who had been condemned to death for treason in 1495 but had been pardoned. In July 1498, soon after Perkin Warbeck was imprisoned in the Tower, John Williams, a servant of the Earl of Warwick, introduced Astwode to the young earl. Astwode promised the earl ‘to do you good and help to put you in your right’. Soon–according to the government–the imposter Perkin Warbeck was plotting with Cleymond, Astwode, and Warwick to topple King Henry from this throne. 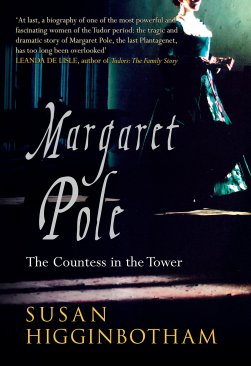 Whether the conspiracy was spontaneous or, as some have suggested, manufactured in part or entirely by the government to entrap Warbeck and Warwick, the young earl was ill-equipped for such intrigues. Several decades later, the chronicler Edward Hall would write that Warwick, ‘[b]eing kept in the Tower from his tender age, that is to say from his first year of the king to this fifteenth year, out of all company of men and sight of beasts, in so much that he could not discern a goose from a capon’. Quoted out of context, this statement has been taken by some to indicate that Warwick was mentally deficient from birth; yet Hall’s meaning simply seems to be that Edward, having been imprisoned since the beginning of Henry’s reign, was naive and unworldly. Having been a prisoner since childhood, he had never had the chance to exercise judgment.

Sir Simon Digby, the lieutenant of the Tower, learned of the plot in early August. The king and his council, informed of the plot, did nothing, allowing the case against the principals to build. On 12 November 1499, the king consulted his councilors, who agreed that Warwick and Warbeck had to die.

A common belief is that Warwick’s fate was sealed by the need to assure Ferdinand and Isabella, whose daughter, Katherine of Aragon, was pledged to marry Prince Arthur, that England was free of the threat of future civil war. As Hall, writing several decades later, stated, ‘The fame after his death sprang abroad, [that] Ferdinand king of Spain would never make full conclusion of the matrimony to be had between Prince Arthur and the lady Katherine his daughter nor send her into England as long as this earl lived. For he imagined that as long as any earl of Warwick lived, that England should never be cleansed or purged of civil war and privy sedition, so much was the name of Warwick in other regions had in fear and jealousy’. This may well have been the case, although the appearance in early 1499 of a second Warwick imposter, one Ralph Wilford, and astrological predictions of coming trouble played their role as well. In March 1499, Don Pedro De Ayala wrote to Ferdinand and Isabella of the prognostications, ‘Henry has aged so much during the last two weeks that he seems to be twenty years older’.

Following a trial on 16 November 1499, Perkin Warbeck was hanged at Tyburn on 23 November. Warwick, in turn, was brought to trial before John de Vere, Earl of Oxford, and other lords at Westminster, as befit a peer of the realm, on 21 November. He confessed to the charges against him and was sentenced to the traitor’s death of hanging, drawing, and quartering. Such a sentence was usually reduced to a beheading (the preferred means of execution for a man of noble blood), and this held true in Warwick’s case. On 28 November, twenty-four-year-old Warwick was beheaded outside the Tower of London. The king paid for the interment of his head and body at Bisham Abbey, the resting place of his ancestors. Two months later, the Spanish ambassador, Rodrigo de Puebla, crowed that ‘not a doubtful drop of royal blood remains in this kingdom, except the true blood of the king and queen, and above all, that of the lord prince Arthur’.

Margaret, of course, remained in the kingdom, but as a female who had been married to a loyal subject, her own royal blood was of little concern. We can assume that she grieved for her brother, but no one recorded her reaction to his execution. How well she knew him is another question. She and her brother had lived apart for years, and we do not know whether they communicated after he was imprisoned. Later, Margaret would declare that her brother had neither ‘experience nor knowledge of the worldly policies nor of the laws of this realm’, which could indicate that Margaret had been in contact with her brother during his last years; alternatively, Margaret could simply be repeating what she had heard from others.

Whatever the depth of Margaret’s sorrow, there would soon be a welcome distraction: her son Reginald was born in March 1500 in Stourton Castle. The following year there would be a distraction on a national level: a royal wedding.

Susan Higginbotham is a lawyer and lives in North Carolina, USA. She is the author of ‘The Woodvilles: The Wars of the Roses and England’s Most Infamous Family’ and five historical novels set in Lanacastrian and Tudor England. Her new book ‘Margaret Pole: The Countess in the Tower” by Amberley Publishing is available now.